One of the most common questions people ask when they have a chihuahua is the following: how do you know if a chihuahua is dying? It’s a normal question since, usually, almost all diseases make very clear signs before making the animal die. Sickness can happen at any time, but, unfortunately, no one in this world can predict when it’s going to come. There are some pets that seem to be always healthy and just die one day.

And in this article, we will reveal the common signs of a dying chihuahua.

REASONS FOR THE DEATH OF CHIHUAHUA

Chihuahuas are known to be susceptible to multiple health issues; the most common is genetic. It is important to keep this in mind when buying a Chihuahua puppy or adult dog. Always make sure that any new addition to your family has been tested for diseases, parasites, and allergies before bringing them home! There are many reasons why chihuahuas can die. These dogs are susceptible to many different diseases and health conditions.

Chihuahuas are small dogs, and that means it’s not surprising to hear about the death of a chihuahua. However, there are many other aspects that contribute to their mortality rate.

Chihuahuas have a short lifespan because they have a very small body size, which means they don’t have enough organs for their body weight. They also have a very small heart, liver, and kidney due to their large heads and long bodies.

Click here to know how long a chihuahua can live.

Genetic defects can be inherited from parents or caused by mixing different breeds. Inbreeding is another reason for genetic defects.

A chihuahua with a genetic defect has a high risk of dying early, either from the defect itself or due to complications arising from the condition. Some of the most common causes of death among chihuahuas include heart disease, cancer, respiratory problems, and kidney disease.

Nutrition is an important topic for chihuahuas. They are prone to obesity, hypoglycemia, and other metabolic problems and therefore require a balanced diet with plenty of variety. Many owners feed their chihuahua the same food every day, but it’s best to give them different types of foods from time to time so they don’t get bored or develop allergies.

You should only give your dog high-quality pet food that meets the minimum standards. This means that the ingredients in a product are what they say on the label, so you can be sure you’re not feeding your pet anything harmful or toxic.

Toxins are naturally occurring or man-made chemicals that can harm your chihuahua. Common sources of toxins include:

🍁 Diseases of the organs of internal secretion

The following diseases of the organs of internal secretion are some of the most common causes of death among chihuahuas:

This is a condition in which your chihuahua’s kidneys aren’t able to filter out waste and toxins from their blood anymore. If you suspect your chihuahua has kidney disease, try these three things:

The other reason for the death of chihuahuas is external parasites and allergens. While this does not necessarily indicate that your chihuahua will have a reaction to any of these things, it is important that you are aware of what they are so you can avoid them at all costs.

External parasites include fleas and ticks (which carry Lyme disease), mites, and worms (which can cause anemia). Allergens include dust mites, pet dander due to fur shedding, pollen from trees or grasses (seasonal allergies), and mold spores in humid environments such as basements or attics where there’s little ventilation.

HOW TO KNOW IF A CHIHUAHUA IS DYING?

A Chihuahua may be dying if they are not acting like themselves. If you notice this type of change, it is important that you seek the guidance of a veterinarian and take the appropriate steps to ensure the health of your chihuahua.

A chihuahua that is dying will show signs of weakness or inability to move. You may notice your chihuahua having trouble standing up and lying down, inability to eat or drink, glazed eyes, hunching over, head pressing to the floor, heaving, and vomiting. If a chihuahua is dying, it can also have seizures and convulsions, or jerking movements of the legs and body are common when this happens.

Another sign of death is extreme pain or limpness in a limb; if your Chihuahua has lost control of one of those limbs due to severe illness, then there could be signs that they’re not long for this world. The same goes with difficulty breathing: if you see your dog struggling more than usual while breathing, then there might be something wrong before it gets too late!

Here is the complete list of the common signs of dying in chihuahuas.

If your chihuahua has been frail for a while, it could just be a sign of old age, and you should look into getting him, or her checked out. But if this happens suddenly, it’s probably something else.

If you notice your chihuahua is suddenly having trouble walking and can’t move around as well as before, then this could be a sign that there is something wrong with them physically.

One thing that people often notice when their chihuahuas get older is that they tend to shake more than they used to as they start aging. This could mean there are some issues going on inside their body. But, usually, this type of shaking doesn’t happen suddenly. So if you see this happening suddenly, then chances are good that something else happened recently that made them feel unwell, like maybe falling downstairs or being hit by another animal.

It’s important to pay attention to the eyes, as they are one of the first indications that something is wrong with your chihuahua. If you notice that your chihuahua’s eyes look dull or no longer have expression, it could be a signal that he is in pain or dying. His eyes may also be clouded or appear sunken, which may be a result of fluid build-up inside them. Other signs include dryness and redness around his eyes and swelling around them (this can also indicate an infection). There will also leaked fluid from his eyes, and bulging eyeballs (which could mean hydrocephalus).

🍁 Reluctance or inability to eat or drink

If your chihuahua is unwilling or unable to eat or drink, this can be a sign that the chihuahua is experiencing distress. Your chihuahua may have an underlying medical condition that’s causing him pain and making it difficult for him to eat and drink on his own. He also might not be able to breathe properly. This is due to congestion in his lungs, which can lead to dehydration from a lack of fluids. Other causes include fever, seizures, and strokes.

Vomiting is the second most common symptom of illness in chihuahuas. And it can be a sign of many different types of illnesses. If your chihuahua is vomiting, there are several things you should look out for to ensure that he or she gets proper medical attention. As with all symptoms, it’s important to know what’s normal for your chihuahua and then determine whether these changes are abnormal.

Suppose your chihuahua is vomiting without any other unusual behavior or symptoms such as diarrhea, fever, or lethargy (tiredness). In that case, this may be a minor issue requiring little more than rest and perhaps some medication prescribed by your vet. However, if vomiting occurs along with other signs such as lethargy or loss of appetite and has been going on for more than a day without improvement, take him immediately to see his vet. He may need intravenous fluids in order to recover from whatever infection caused this situation. This can also happen when there are no other signs yet.

Seizures and convulsions are both signs of neurological issues in chihuahuas. However, they’re not the same thing and should be treated differently. A seizure is a brief episode of involuntary muscle activity caused by abnormal electrical discharges in the brain. While a convulsion is an uncontrolled contraction of muscles that results from a seizure.

Seizures can be mild or severe, but they usually don’t last longer than 30 seconds to a few minutes. They can happen once or multiple periods in a row, but most seizures last less than five minutes. Common symptoms include twitching, shaking, drooling, or foaming at the mouth and staring blankly into space while remaining conscious during the event.

Convulsions are often associated with seizures, especially when they repeatedly happen within 24 hours. But they can also occur on their own without any warning signs beforehand. Signs include stiffening up like rigor mortis sets in, losing consciousness, and vomiting. It will also urinate uncontrollably due to muscle contraction near the bladder and breathe irregularly breathing when it happens for over 10 minutes straight!

🍁 Extreme pain or limpness in a limb

Pain, or a lack of it, is not always the best way to gauge how a chihuahua is feeling. The same goes for limpness in a limb. As with humans and other animals alike, it’s important to remember that pain and limping are symptoms of many illnesses.

Chihuahua owners should give their dogs lots of love and cuddles whenever they are present. It’s the best way to ensure that your furry friend stays healthy!

If your chihuahua is panting but seems to have difficulty breathing or finds it hard to breathe, take them to the vet immediately. This can be a manifestation of many other issues, including heart problems and allergies. Suppose you notice that your chihuahua is taking longer than usual breaths or appears to be struggling with its breathing. In that case, this is also causing concern and should be investigated by a veterinarian.

When a chihuahua is dying, the bladder and bowel lose their ability to function properly. This means that your chihuahua may lose control of his bladder or have difficulty urinating, defecating, or having an accident in the house.

Collapse is a symptom of death. If your chihuahua collapses, it is likely to die. Collapse is a sign that the heart is failing and that blood pressure has dropped dangerously low. It can also be a sign that the brain has failed, but only if the collapse occurs suddenly and not gradually over time. Blood flow to critical organs like the liver or kidneys may also be compromised in these situations. This can cause them to fail as well.

Chihuahuas are one of the most popular dog breeds in the world, and they’re known for their small size, big personality, and long life. But sometimes, Chihuahuas can get sick. They may start acting more tired than usual or eating less, which can be warning signs of illness. 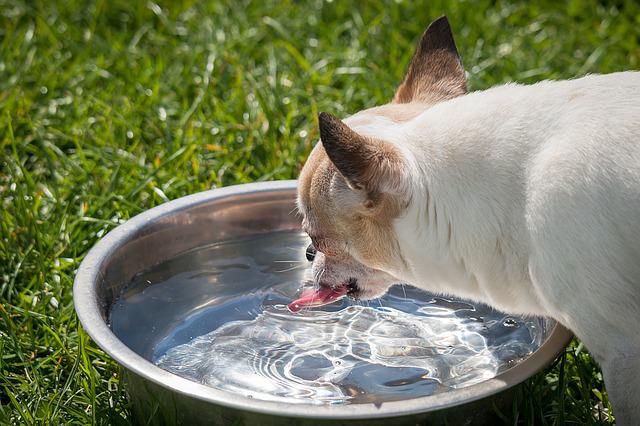 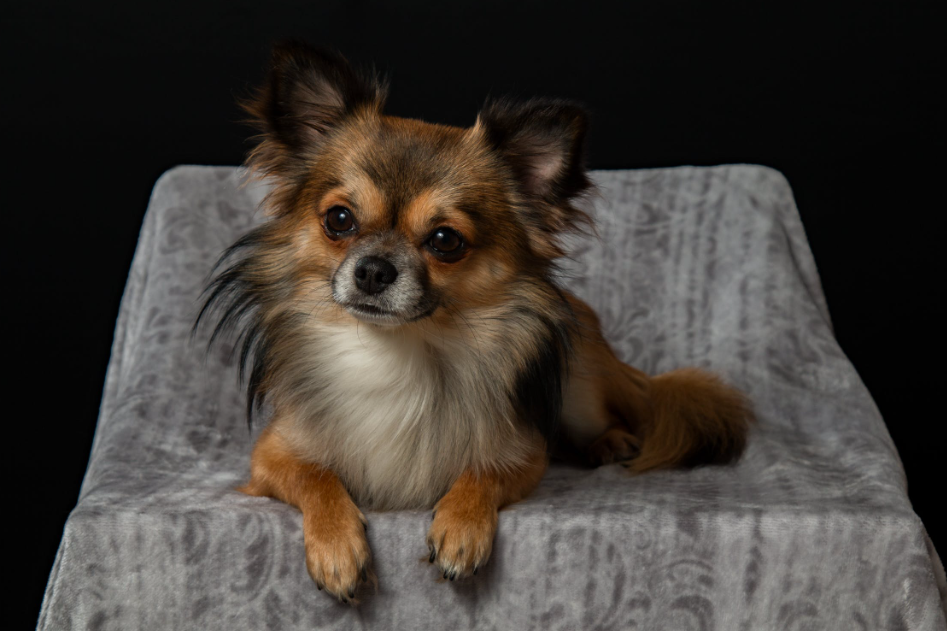