Teacup chihuahuas can give birth to a litter just like any other dog. However, since they’re so small, it’s become a shared worry among pet parents that something can go wrong during birth.

I’ve made this guide to help you know more about a teacup chihuahua’s capability of giving birth and how you can help during their pregnancy.

Can Teacup Chihuahua Have Puppies? And How Many?

See also
Chihuahua Puppy: What Food Should I Give?

But besides being tiny, a teacup chihuahua is also a brachycephalic breed. Having short noses and flat faces puts these small dogs at risk for breathing issues. So, it’s no surprise that teacup chihuahuas have smaller litters than other dog breeds.

A teacup chihuahua can birth between two to five puppies in one litter. But some have delivered up to 10 puppies in a single pregnancy. Those were rare cases and won’t likely happen to your chi, so don’t worry. Generally, the smaller the dog’s physical size, the fewer puppies she’ll give birth to.

So, you can expect around one to three pups in a single litter from a petite, 2- to 4-pound teacup chihuahua.

I recommend taking your teacup chihuahua to the vet to understand their litter size better. It’s best to have your vet examine the soon-to-be-mother around 45 days into her gestational period. At this point, your dog’s vet should be able to feel your teacup chihuahua’s puppies in the uterus. This way, you can help your chi have a smooth pregnancy.

How Many Puppies Can Teacup Chihuahuas Have for The First Time?

Teacup chihuahuas, as mentioned earlier, generally have small litters. But the first time they give birth, expect the numbers to be even smaller.

You may also guess the number of puppies your teacup chihuahua will have the first time. One of the factors to consider is your dog’s age. After all, the younger your chi, the higher the chances she’ll give birth to one puppy the first time.

See also
How Long Can a Chihuahua Live with Congestive Heart Failure?

But since teacup chihuahuas might experience severe complications during birth, I suggest waiting until the second heat cycle to breed them. At this point, your teacup chihuahua will be a fully grown adult. She’ll be ready for a healthier and safer delivery.

So, if you have a female teacup chihuahua you want to breed, please wait until she’s old enough.

How to Help a Teacup Chihuahua Give Birth? 6 Steps to Follow!

Now that you know a teacup chihuahua can have puppies, here’s how to help a pregnant chi have a smooth delivery:

1️⃣ Make a whelping box a week before the expected delivery date.

Create a whelping box at least a week before your teacup chihuahua is expected to give birth. You can make this out of cardboard or plywood. Plus, line the box with clean blankets to make it comfortable for the expectant mother dog.

Either way, a whelping box is 100% necessary as it gives the puppies a safe place to be born in.

Ideally, the whelping box should be at least 4 square feet and be settled in a quiet area. I recommend placing it in a room free from the activity of the rest of your home.

2️⃣ Look for signs that your teacup chihuahua is entering labor.

Check for signs that your teacup chihuahua is going through labor. I recommend contacting your vet to confirm how far along the small dog is in her pregnancy.

Starting on the 59th or 60th day of the gestational period, always take your chi’s temperature twice every day till her delivery date. When your dog’s temperature goes below 100°F, your teacup chihuahua will likely give birth within 24 hours.

Aside from that, other signs of labor include restlessness, scratching, crying, and vomiting.

3️⃣ Wait for your teacup chihuahua’s amniotic sac to appear.

Wait for your chi’s amniotic sac to appear. The small dog should be able to push this sac out herself and break it open using her teeth. It’s the safest way teacup chihuahuas can free their puppies inside. If you see your chi eat the sac, don’t fret, as this is 100% normal.

So, don’t intervene unless necessary.

If your teacup chihuahua can’t break the sac open, do it yourself and encourage her to lick each puppy clean. But if your chi isn’t budging either, you can clean rub the puppies clean yourself. Just make sure to use a clean towel.

Either way, continue this until each puppy starts to breathe and cry themselves.

Sever each puppy’s umbilical cord with sterilized cand clean scissors. Do this around half an inch away from your teacup chihuahua’s abdomen. This way, you’ll be able to cut the umbilical cord safely and more precisely.

Tie off the remaining umbilical cord with a clean thread and apply some iodine onto the end. You may also use non-flavored dental floss in cutting off the excess length.

After safely separating the puppies from your teacup chihuahua, bring each pup into a basket with a heating pad covered in a clean towel. Place the same basket close to your dog, so she can look at the safely delivered puppies as she continues her labor.

5️⃣ Repeat until you get all of the puppies.

Repeat the entire process. From checking for the amniotic sac to severing the umbilical cord, do this until you get all the puppies.

When your chi’s labor is over, take her outside to go to the bathroom on her own. After doing her business, return your dog to the whelping box and put her next to her puppies. Leave them alone while checking now and then. This way, your teacup chihuahua will be able to nurse each puppy more comfortably.

6️⃣ Take your teacup chihuahua to the vet.

After 24 to 48 hours, bring your teacup chihuahua and her babies to the vet. Your vet will examine your dog to ensure she hasn’t developed any complications. Plus, they can check on each puppy’s well-being.

How Many Times Can A Teacup Chihuahua Have Puppies Annually?

Pregnancy can take on a tiny teacup chihuahua’s body over time. That’s why any breeder would tell you that it’s best to limit your chi to less than four litters during her lifetime. Remember, teacup chihuahuas are even smaller than an average chihuahua. That makes breeding a problematic endeavor for these small dogs.

Teacup chihuahuas usually deliver puppies via cesarean section. And all these surgeries can put a massive strain on a chihuahua’s body over time. Not to mention, nursing these pups add more to the stress.

Therefore, most breeders only breed female teacup chihuahuas every other year—and not annually. These gaps allow the tiny dogs to have more time to recover and regain their full strength for another pregnancy.

Also, if you plan on buying a teacup chihuahua, ask the breeder how many litters the mother has had. Anything more than four is a massive red flag, and the pup will likely have health complications. In this case, look for other reputable breeders.

On the other hand, talk to your vet first if you want to breed your female teacup chihuahua. This way, you can confirm if your chi is healthy enough to undergo pregnancy.

Q: Is it dangerous for teacup chihuahuas to have puppies?

A: Since a teacup chihuahua is more petite than your average chi, there can be many complications in delivering puppies. And these range from premature delivery to a burst uterus. But if the small dog only manages to carry one to two pups, it should be a safe enough pregnancy.

Q: What’s the best age to breed a teacup chihuahua?

A: Most female teacup chihuahuas reach sexual maturity between 6 to 9 months. However, ethical breeders don’t suggest mating these tiny dogs with other chis until they turn two and a half years old. It’s necessary to take these special precautions with teacup chihuahuas as they’re smaller and more fragile than your average chihuahua. Also, the oldest this tiny pup should breed is eight years old.

Q: Can teacup chihuahuas give birth on their own?

Q: What happens if you breed a teacup chihuahua with a larger dog?

A: Although it’s possible to have a teacup chihuahua mate with a bigger dog, it has many complications. Breeding teacup chihuahuas with a sizeable male dog puts them at risk of having too-big puppies. And this can harm the mother dog and her babies. I suggest breeding a teacup chihuahua with dogs of similar sizes to avoid further problems. If not, always closely supervise breeding large and small dogs.

See also
How to Train A Chihuahua Not to Bite?

Q: How can I know if my teacup chihuahua is ready to give birth to her litter of puppies?

A: During the 59th or 60th day of a teacup chihuahua’s gestation, take her daily temperature twice. When the small dog experiences a drop in temperature (below 100°F), it’s a sign that she will deliver the puppies soon. Usually, this change indicates a teacup chihuahua is ready to give birth within the next 24 hours. Also, you may notice the tiny dog becoming restless, scratching, or pacing around.

Can teacup chihuahua have puppies? Despite the odds, a healthy teacup chihuahua can give birth to a litter of pups. But due to their abnormally small stature, they may provide a couple of unique challenges. However, with close supervision, teacup chihuahuas should be able to get through their pregnancies with flying colors. 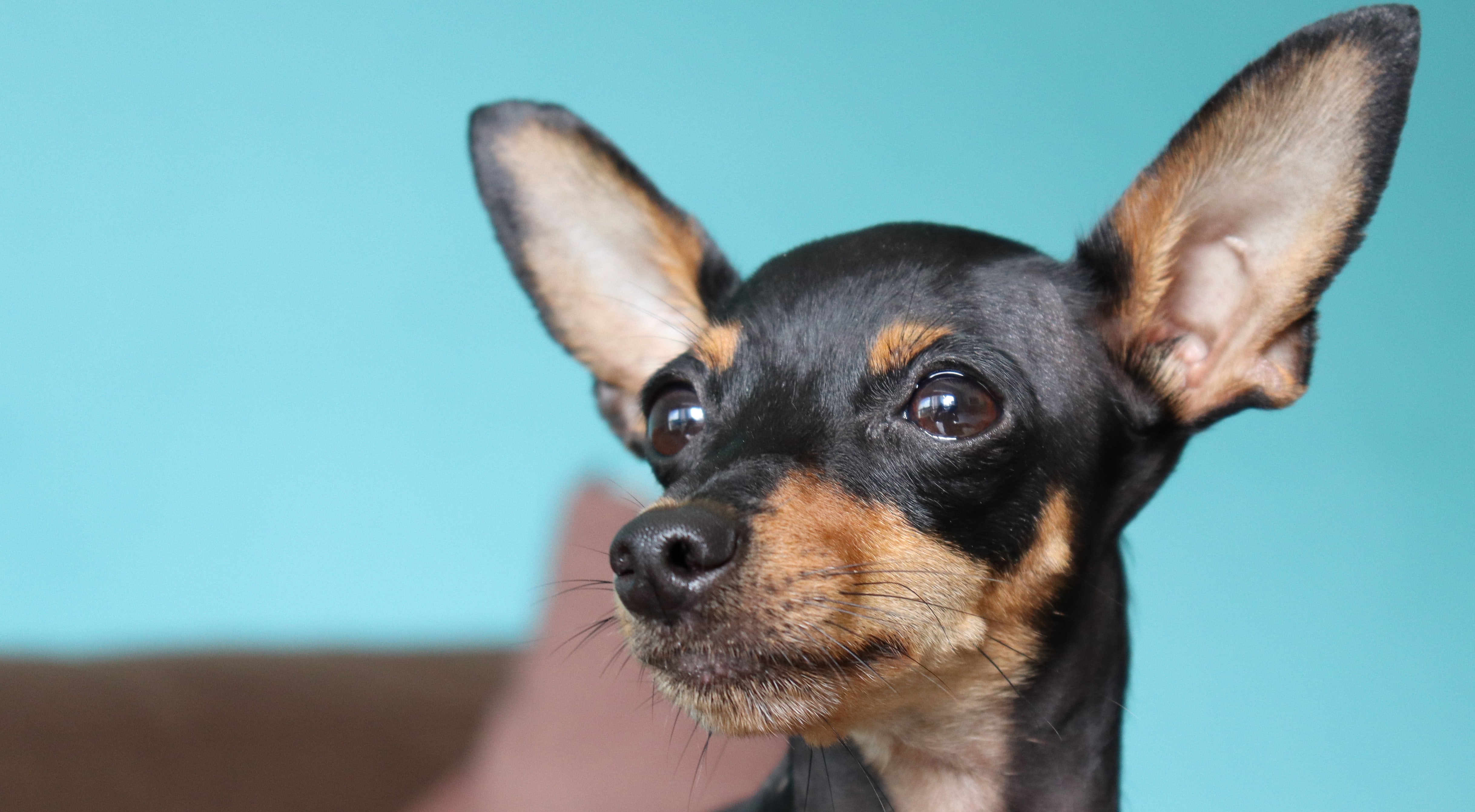 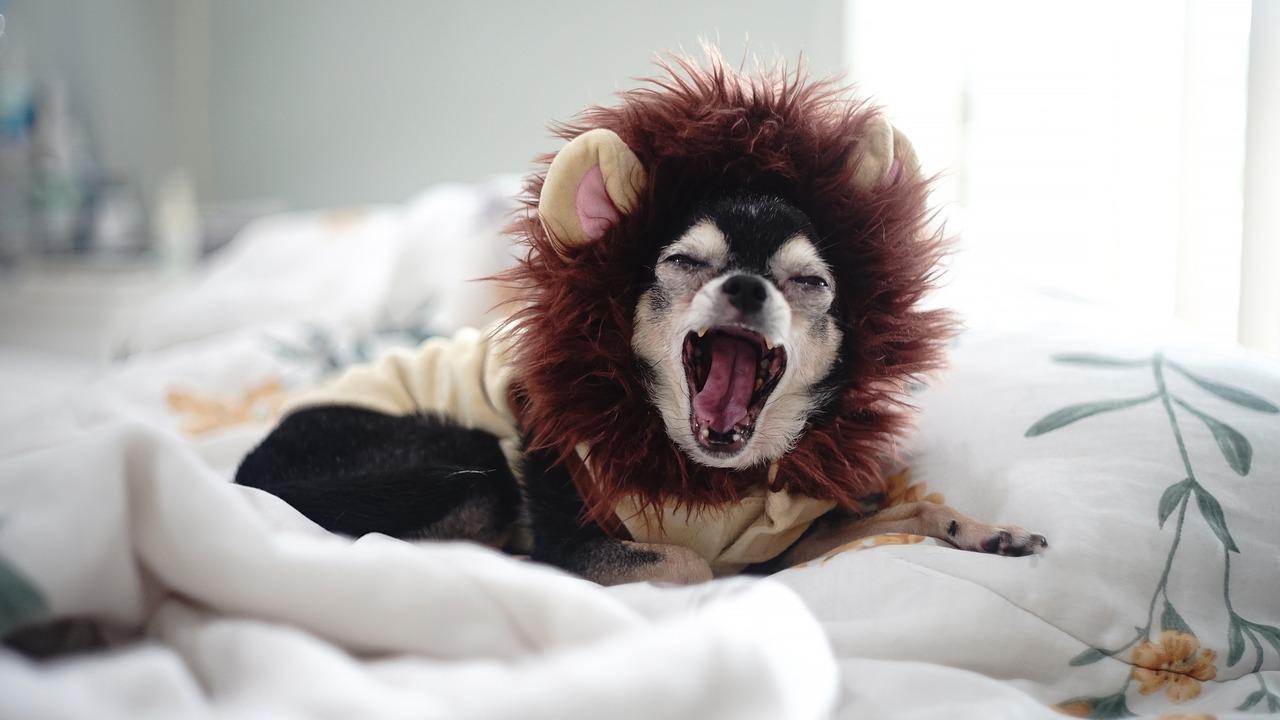