What if your Chihuahua starts walking around like it is under the influence of alcohol? At first, it may seem funny, but as the wobbly walking persists, it is time to consult a vet. Chihuahuas are breeds that have a higher risk of developing neurological problems. It may be influenced by its environment, or it is acquired through its parents.

Chihuahua’s neurological problems are associated with diseases that need crucial observation. This is to minimize the risk of death. Because of their small head size, Chihuahuas commonly have brain injuries, especially that they really want to bump their head on each corner of the house.

WHAT ARE THE TYPES OF BRAIN DISORDERS IN CHIHUAHUAS?

As a result of the buildup of the fluid found in the brain, chihuahuas are susceptible to congenital hydrocephalus. This fluid is called cerebrospinal fluid. As a result, the head can swell unnaturally. This is because there’s pressure on the nerve and resulting in headaches and cognitive decline.

The illness usually develops in childhood and worsens with time. It is common for the signs of hydrocephalus to be undetectable in early life. However, they become noticeable over the course of the first several weeks or even months if not diagnosed early enough. When a Chihuahua has this condition, they will often be relatively small, clumsier, and more prone to strange attitudes.

See also
How Long Can a Chihuahua Hold Its Bladder?

They can also have behavior like bipolar disorder, repeatedly thrusting their head on a wall and convulsions. The optic nerves degenerate, which might result in blindness. The disease’s progression is erratic and fluctuates wildly. When a Chihuahua has hydrocephalus, its symptoms typically increase from moderate to severe until they die.

Chihuahua seizures and epilepsy are symptoms of a problem with the brain nerves. The exact cause of epilepsy is unknown. But, there is empirical evidence showing it is hereditary, as stated by vets. A dog’s metabolism or blood deficiencies can also induce seizures. Such disorders are such as hypoglycemia or anemia. And lastly, it may also be neurological problems or trauma, and exposure to chemical contaminants.

Uncontrollable muscular movements occur as a result. These might manifest as strange feelings, bizarre attitudes, and behaviors. Your dog may look directly into the space or repeatedly squinting an awkward posture leading to tremors.

As a result of their fast metabolisms, Chihuahuas might get agitated or frightened and tremble. In addition, their capacity to control their body heat is harmed as a result of this condition. In animals with a fast metabolism, body heat is swiftly expelled. Chihuahuas may tremor more often than usual. Especially if they are not well socialized and under a lot of stress or tension. Trauma is a significant contributor to tremors.

Even if there aren’t any outward signs of distress, the septic shock might be harmful. Your veterinarian may recommend an evaluation if you see any other signs of distress. These may be like if your Chihuahua is limping, has difficulty in walking, howling, or otherwise not behaving like its natural self.

See also
What Are The Common Diseases That A Chihuahua Can Have?

Seizures are by far the most prevalent sign in Chihuahua’s brain tumor. When a Chihuahua is older than five years, it may have a fresh beginning of convulsions. A vet should examine a brain tumor. Unusual movements or problems with cognitive activity are all indicators of a brain tumor. Signs of tumors are distorted vision, shaky posture, frequent tilting of the head, and susceptibility to neck pain.

Brain tumors in Chihuahua dogs have no established cause. However, it may be related to some factors. It may be because of the dog’s food or exposure to certain chemicals or viruses. Another is stress to the dog’s nervous system. The tumor is being treated aggressively with neurosurgery and radiotherapy. Tumors can mimic serious infections. Many types of brain tumors are difficult to identify without specialized screening.

In many cases, symptoms worsen while a diagnosis is not shown correctly.  Therefore, a brain tumor must be detected as soon as possible. Knowing the early signs and symptoms is critical to this process. This is because it can affect the overall health of your Chihuahua. Remember that the brain nerves connect all the systems of your dog, so a crucial observation is a must.

Loss of coordination or balance is a sign of infection or neurological problems. If your Chihuahua looks like a drank dog, there might be problems with its central nervous system. Other reasons for wobbly Chihuahua are Vestibular syndrome and ear infection. Take note that the fluid inside the ears is responsible for the overall balance of the dog’s body.

See also
How To Tame An Aggressive Chihuahua: What You Need To Know

It would be best if you also considered that your dog might have a neurological problem like meningitis. This condition affects the brain. Specifically, it affects the protective layer of the brain, because of some viruses or bacteria. Head trauma is also another reason why your Chihuahua walks like a drunk dog. The head trauma is accompanied by slow reflexes, loss of appetite, and head tilting.

HOW TO TAKE CARE OF ITS HEAD

Chihuahuas have natural small built predominantly on the head area. Therefore, cross-breeding is a good idea in terms of having a unique appearance. But, cross-breeding can deteriorate your dog’s health. This is because it can acquire the health problems of both breeds.

As mentioned earlier, Chihuahuas love to push their heads to the wall. Therefore, it is better to put a cover that can protect its head. Head protection is a preventive measure for a head injury. This covering is like a small helmet for dogs that minimizes the chance of brain trauma.

✅ Add antioxidants to their meal.

Antioxidants are best to lessen the risk of developing cancer. They also minimize the chance of acquiring autoimmune diseases and heart disease. Unfortunately, Chihuahuas and other dog breeds are prone to toxins than humans. This is because they tend to roll on the ground and pick some trash. Chihuahuas also love to eat whatever they see, and acquire hereditary health conditions because of cross-breeding.

✅ Do some mental stimulation.

Cognitive activities may help your dog’s brain become healthy. This can also avoid developing neurological problems. Such actions are playing tricks, puzzle toys, and teaching your Chihuahua to respond. You can do these activities for 20 minutes daily. This is because mental stimulation helps reduce anxiety and stress. Mental stimulation can also properly promote the proper blood flow of the nerves.

✅ Stay with your dog

Suppose you are already aware of your Chihuahua’s health condition. In that case, it is advisable to stay with your dog all the time. Strict guidance and observation can minimize the risk of complications and accidents. Remember that if your dog has a brain injury, it can experience frequent falling down, making its situation severe.

Dogs are unable to communicate their thoughts and emotions to us. Most dog owners understand the initial benefits of having a Chihuahua in their home. But are still skeptical of the significant results cuddling with a canine companion can affect its wellbeing. In addition, dog owners must be aware of the health conditions that their dogs can acquire.

Early detection can minimize life-threatening complications. One responsibility of a good Chihuahua parent includes learning the typical signs of a sick Chihuahua. Make sure you have immediate access to the vet because some health diagnoses can be challenging to detect.

And, the only way to confirm if your dog is ill is to watch for the possible symptoms. Finding out what’s wrong with your puppy and getting them immediate medical attention are both vital. A vet screening is strongly recommended if your Chihuahua is acting strangely. 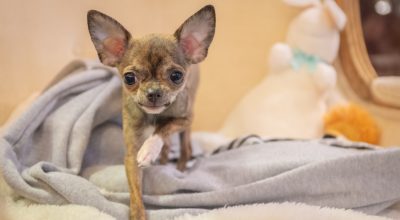 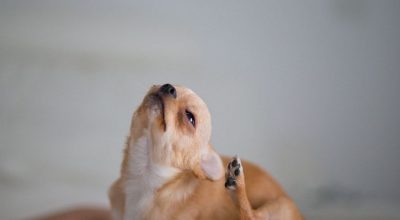