Do you have any chihuahuas at home that frequently having some seizures? Seizures are a neurological disorder caused due to involuntary disturbance of normal brain work. In this condition, normal brain function is temporarily interrupted and irregular muscles movements are activated.  It is the most frequent health issue in some dogs like in Chihuahuas.

When Chihuahuas are having seizures, their muscle tensing up and their head generally push back and the front legs push straight down, sometimes their back legs push straight out. A lot of times you will find them completely on their back. Most of the dogs get stiff and they fall on their side with their jaws clenched or their mouth when having a seizure.

Here are some of the common causes why do Chihuahuas have seizures:

There is something that your Chihuahua might have eaten that causes them to fit and then can be a whole range of things. It can be some of the common poisonous foods or it could be something that you’ve got in the garden like metaldehyde that contains slug or snail.

Failing kidney or liver disease or hormone abnormalities can result in seizures in dogs. If your pet is otherwise unwell as well as having seizures then it might just be that there’s something else going on with your pet’s body organs.

A whole range of different infections like meningitis, tick-borne disease, general bacterial infections, or sepsis can also cause a seizure in dogs.

The obvious one we think of and a common cause of seizures in older Chihuahuas would be brain tumors or steroid-responsive meningitis. To younger Chihuahuas, it might be neck pain that was caused by a temperature and depression.

Epilepsy is one of the most common causes of seizures in dogs typically in Chihuahuas due to an unknown cause. This disorder typically occurs with uncontrollable muscle spasms and a sudden abnormal excessive or synchronous neuronal activity in the brain in the repeated episodes.

It is one of the causes of the shaking of a Chihuahua. Hypoglycemia is a serious health condition and around 10%of Chihuahua suffer from this. They have small stomachs and a high metabolism rate which makes them more susceptible to low blood sugar. For an emergency, make a sugar solution and pour small drops of it down their throat.

8. Malformations such as hydrocephalus or cysts can cause seizures in dogs.

Chihuahuas are more likely to have physical and structural problems. Certainly, the first time your dog has a seizure lasting longer than three minutes or multiple seizures in one day should be evaluated and it’s an emergency. Improve your general dog health by feeding a healthy diet, schedule a routine checkup to timely identify the underlying issues.

Here are the three most common seizures that happen to dogs:

A pet who suffered from this condition suddenly loses consciousness and convulse for some time. The duration of this seizure could be from a few seconds to a few minutes depending on the attack strength.

It occurs only in one part of the brain and leads to unusual movements in one side of the body. The duration of this seizure is concise and a dog can recover from it within seconds. However, sometimes it may convert into a generalized form.

This seizure leads a dog to bizarre behavior such as look like attacking an imaginary object, an irregular movement of eyes, and chasing its tail. The duration of this disorder is a few minutes. The mentioned behavior is common and even a fine pet can do the same, however, developing the behavior repeatedly will indicate this seizure in your dog.

Symptoms of seizures can vary and it depends on the breed and strength of the attack. Common symptoms are:

Are seizures common in Chihuahuas?

It is common for Chihuahuas to have seizures. Some of the Chihuahua owners who had bred and owned a Chihuahua reported having seizures due to some common causes like epilepsy or poisoning.

What do I do if my Chihuahua has a seizure?

Controlling seizures in pets is possible but it’s not easy because it will require medication and a lot of support and help from your dog veterinarian. If you find that your Chihuahua is behaving oddly, maybe they will start with a sort of trembling sensation that may turn into uncontrolled shaking.

Here are the simple steps to do if your Chihuahua is having a seizure:

1. Make sure they are in a safe place. Preferably on the floor as that is the safest place for them to be. Put something under them whilst they’re having a seizure.

2. Keep your hands very clear of their mouth because they will clamp down without meaning to as they are unaware of what’s happening.

3. Keep everything as calm as you possibly can. Don’t panic.

5. Keep noise to a minimum.

7. Look and see where the seizure occurs and what happened at what time. If you’re able to do that since it’s very frightening for you as a pet owner if your dog is having a seizure or behaving strangely. If you’re able to monitor what’s happening, you can tell the vet and it may give them more of an indication as to what is involved and what might be causing it.

9. If the seizure stops within a minute or two, let your pet recover. It may take them a couple of hours before they’re back to normal since they may be very disorientated so don’t rush them off to the vet at that point. Let them recover and then call the vet and explain what happened.

10. When Chihuahua is having a seizure, it may be that they are salivating that some of that saliva is blood-stained and it’s because they’ve bitten their tongue. There’s nothing you can do at the moment but the vet will sort that out later.

11. They may also urinate and defecate as well whilst they’re having the seizure and it’s normal but it’s something to consider. An if, or afterward after they’ve had the seizure if you’re aware of things that can cause seizures, keep them well out of reach to prevent your pet from coming into contact with them.

What can I give my Chihuahua for seizures?

Treatment of seizures has two main categories – emergency drugs that are used when a dog is actively having a seizure and maintenance drugs that can be used in a longer-term. Emergency drugs like valium and midazolam that your veterinarian gives or sometimes at home that we can prescribe to be used in an emergency and to stop that seizure that’s happening right then. These medications don’t stick around for a long time so without other medications, the seizures may come back.

Maintenance drugs are longer-acting drugs that were given every single day or sometimes two to three times a day to make it less likely that your Chihuahua has further seizures. The common maintenance drugs that the vet clinic often gives to you include levetiracetam, phenobarbital, and potassium bromide. These medications may stop all seizures but decrease how often the seizure happens, how severe it is, and how long each one lasts.

What can trigger a seizure in a dog?

To prevent a dog from having a seizure is the most effective way is to minimize all the possible triggers which lead to the dog’s seizures. Here are some causes that can trigger a seizure in a dog:

Prevention is always the best if you’re able to do so. The vast majority of pets with seizures regardless of the underlying cause are going to have more seizures. Our ability to treat those seizures comes down to finding out which one of the causes it is and by giving medications specifically for that condition to decrease the likelihood of a seizure, the severity and duration of it and try to avoid these sorts of things where a Chihuahua end up with long seizures or multiple seizures, the things that make you end up having into the emergency clinic in the middle of the night. 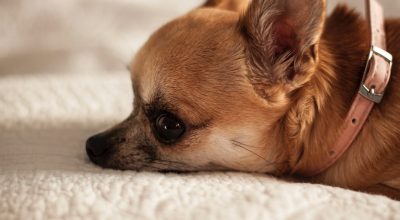 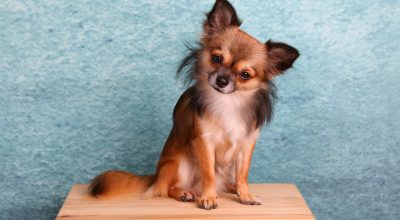