Everyone loves to touch your Chihuahua because she is so cute, with her big liquid eyes and her little yet sporty physique. Kids especially love to invade their personal space and give them lots of kisses. However, your Chihuahua may not be as thrilled about this attention and could start barking at strangers as a way to ward them off. But, what are other reasons why chihuahuas bark at strangers?

After all, the Chihuahua is a proud and ancient breed that also happens to be a delightful pocket pet, and they aren’t hesitant to defend themselves if they feel threatened. Furthermore, they are a protective breed, which means they will sound the alarm if they sense anything amiss.

But if you’re not sure why your Chihuahua bark at strangers, this article will help you figure it out. Furthermore, we’ll also provide some tips on stopping this behavior so that your Chihuahua can feel more relaxed around new people.

Is Barking Bad For Chihuahuas?

Barking isn’t always a terrible thing in and of itself. It’s an innate quality that Chihuahuas inherited from their ancestors for thousands of years. All dogs bark to communicate, from giant Mastiffs to miniature Chihuahuas. It’s one of the key ways dogs communicate, body position, flashing teeth, eye gazing, and snarling.

See also
Chihuahua Guide: What Can I Give My Chihuahua for Allergies

However, there are instances when the barking of a Chihuahua is improper, and here is where you must draw the line. The following are some examples of improper barking:

Inappropriate barking may disrupt your daily routine, cause you to lose sleep, irritate your neighbors, and create a tense atmosphere in your house.

Even if your city doesn’t have a particular statute against dog barking, this activity may be covered by a loud noise ordinance, resulting in heavy penalties. As a dog owner, you must choose when it is okay for your Chihuahua to bark and when it is not.

Reasons Why Chihuahuas Bark At Strangers

Chihuahuas are among the breeds that are the best companions. They are one of the most protective dog breeds. However, it can be annoying when your Chihuahua barks excessively at visitors, especially when they are strangers.

There are several reasons why your Chihuahua may bark at strangers:

Although this setting seems friendlier, training an eager Chihuahua is more difficult. The first thing you should do is redirect your dog’s attention before it gets to that point of enthusiasm. You must do this by engaging in an activity that your pet enjoys. For instance, you may start to play with your Chihuahua’s favorite toy or give him some delicious snacks.

You’re in big danger if your Chihuahua begins excitedly barking when he meets a stranger. You don’t want to praise him since it will encourage him to continue barking. The pet would believe that barking will assist them in meeting the obligations.

See also
Choosing The Best Toys For Your Chihuahua

However, you may want to keep your dog’s attention away from the visitor. As a result, it’s a risky circumstance that you should try to prevent by using the first method.

Your Chihuahua may enjoy interacting with new people! A Chihuahua who wants to welcome anybody, whether the gardener or a stranger in the park, may do so by barking. Tail wagging, whimpering, leaping, and other affectionate actions include greet barking.

These rambunctious dogs want to engulf everyone in their affection! Keep in mind that although you’re aware that your Chihuahua is saying “hello!” How are you doing? “I’m in love with you!” Others may not so give your Chihuahua something else to do when meeting new people (such as the “sit” or “place” instructions) to prevent this kind of behavior.

If your Chihuahua’s barking is because of fear, make sure you don’t place him in a dangerous situation. Keep your Chihuahua at a safe distance away from that stranger. Encourage your Chihuahua to get closer after they seem to be more at ease. However, don’t hurry the situation and be careful in your approach.

You may, for example, ask the individual to toss some goodies to your dog. It would be best to avoid eye contact and maintain a safe distance. This activity may take a long time to complete, ranging from days to years. It is essential to ensure that your Chihuahua has a positive social experience while undergoing training.

Chihuahuas, like other dogs, can be very territorial. Your dog may need to protect you from anyone he perceives as a threat. A Chihuahua who is not well socialized is more likely to bark at strangers due to fear or mistrust.

Despite being human-friendly and domesticated, your Chihuahua still has territorial impulses. Although you may consider your new yoga buddy or mailman to be friendly, your Chihuahua sees them as invaders into his area. Visitors cause dread and anticipation of danger in dogs committed to guarding their areas. It encourages them to warn their pack and frighten away intruders by making a lot of noise.

Chihuahuas may bark at strangers just because they are frightened! “Stranger danger!” is a mantra that pups may live by. So, how can you tell the difference between territorial and alarm barking? They have distinct goals, despite their similarities. A territorial chihuahua, for example, is primarily concerned with guarding its territory. As a result, they’ll bark at strangers approaching their house, but not people they encounter on the street.

On the other hand, an alarm barker barks at strangers wherever they are, whether within or outside a chihuahua’s area. Chihuahuas that have not been socialized with individuals outside of their human family and canines who are generally insecure are prone to this behavior.

But don’t worry. It is a behavior that you can change! A scared chihuahua will start acting with more assurance in new settings if you conduct positive reinforcement training to increase their confidence.

How to Stop Your Chihuahua From Barking At Strangers?

Positive reinforcement is necessary to address behavioral issues like barking at strangers. You’ll encourage him to continue barking if you chastise or penalize your Chihuahua for barking. The Chihuahua’s thirst for attention is satisfied by yelling, “Bad dog!” Since he believes you’re barking with him, he keeps barking (and potentially louder) as a response.

Rather than shouting at your Chihuahua when he barks, give him a treat when he doesn’t. Give your Chihuahua a reward and some attention if he stays quiet in a scenario where he typically barks. He’ll ultimately discover that in this situation, remaining silent reaps benefits. Keep lots of goodies on hand to encourage your dog to quit barking excessively and inappropriately.

See also
Why Does My Chihuahua Sound Like Hes Choking?

Give your Chihuahua at least 30 minutes of physical activities every day to minimize excessive and inappropriate barking. Walking, running, fetching, tug-of-war, or just chasing around outdoors are all options. Your Chihuahua will release its energy as long as he moves around, which will aid in the correction of numerous behavioral issues like barking.

In some cases, the best way to stop your Chihuahua from barking is to ignore it. If you pay attention to your dog every time he barks, he’ll learn that this is how to get your attention. Chihuahuas are extremely smart, and they will quickly catch on to excessive barking, which means getting human interaction.

If your Chihuahua starts barking, wait for him to stop before you provide any attention. Once he’s quiet for at least 30 seconds, give him a treat and affection. He’ll quickly realize that being quiet is the best way to get your attention.

👉Use a Crate or Doggy Gate

Crating or gating off an area of your house can be an effective way to limit your Chihuahua’s movement and, as a result, his barking. If your dog only has access to a small area, he’ll be less likely to bark because he won’t be able to see as many things happening outside.

Start by crate training or gating off a small area of your house for your Chihuahua. Slowly increase the size of the area over time as your dog becomes more comfortable and stops barking excessively.

See also
Pregnancy: When Will My Chihuahua Give Birth?

The quiet command is an excellent way to stop your Chihuahua from barking excessively. This command tells your dog to be quiet and can be used in any situation.

When educating a Chihuahua not to bark, consistency is crucial. If you offer your Chihuahua a treat for following the silent order, make sure you do it all the time. The mixed signals will mislead him and make training more challenging.

It would be best to include every family member in the training process. For instance, it might sabotage your training efforts if someone else punishes your Chihuahua for barking. Sit down with the whole family and explain your training strategy. You may also post a notice on your refrigerator or anywhere else in your house with the fundamental training instructions.

Q: Are Chihuahuas aggressive to strangers?

A: While yes, it is true that Chihuahuas are small dogs and are sometimes perceived as being “aggressive” to strangers. However, this is not always the case. Many Chihuahuas are very friendly toward strangers and will welcome them with open arms (or paws)! It varies from individual to individual.

Some Chihuahuas may bark at strangers when they first come over but then quickly warm up to them once they realize they’re not a threat. Others may be more aloof or even shy around strangers, but there’s nothing inherently “aggressive” about Chihuahuas as a breed.

Q: How do I get my Chihuahua to like strangers?

A: If your Chihuahua doesn’t like strangers, there are a few things you can do to try to change their behavior. First, try socializing your Chihuahua with other animals. It will help them get used to being around new people and new faces. Secondly, treat strangers approaching your Chihuahua in a calm and friendly manner. It will show them that there is nothing to be afraid of when meeting new people.

See also
Chihuahua Puppies’ Ears: When Should They Stand Up?

Finally, continue exposing your Chihuahua to different types of people in different situations so that they eventually become comfortable with the idea of meeting new people regularly.

Q: Why is my Chihuahua barking only on one person?

The best way to do this is by using positive reinforcement and consistently rewarding them for good behavior. With a little patience and effort, you can teach your Chihuahua to be a well-mannered dog who loves meeting new people. 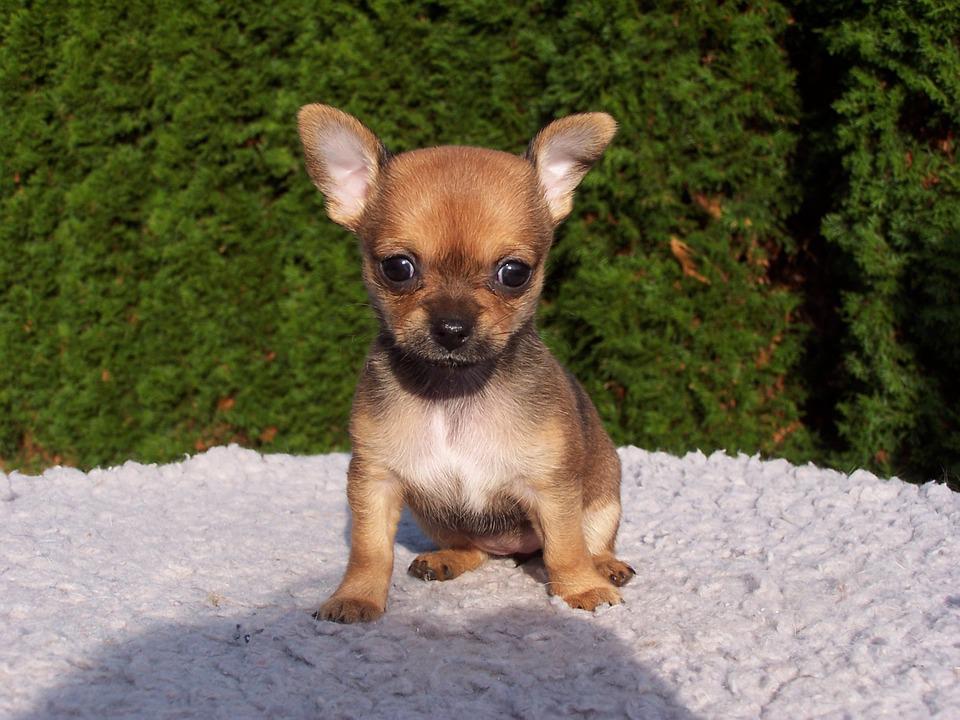 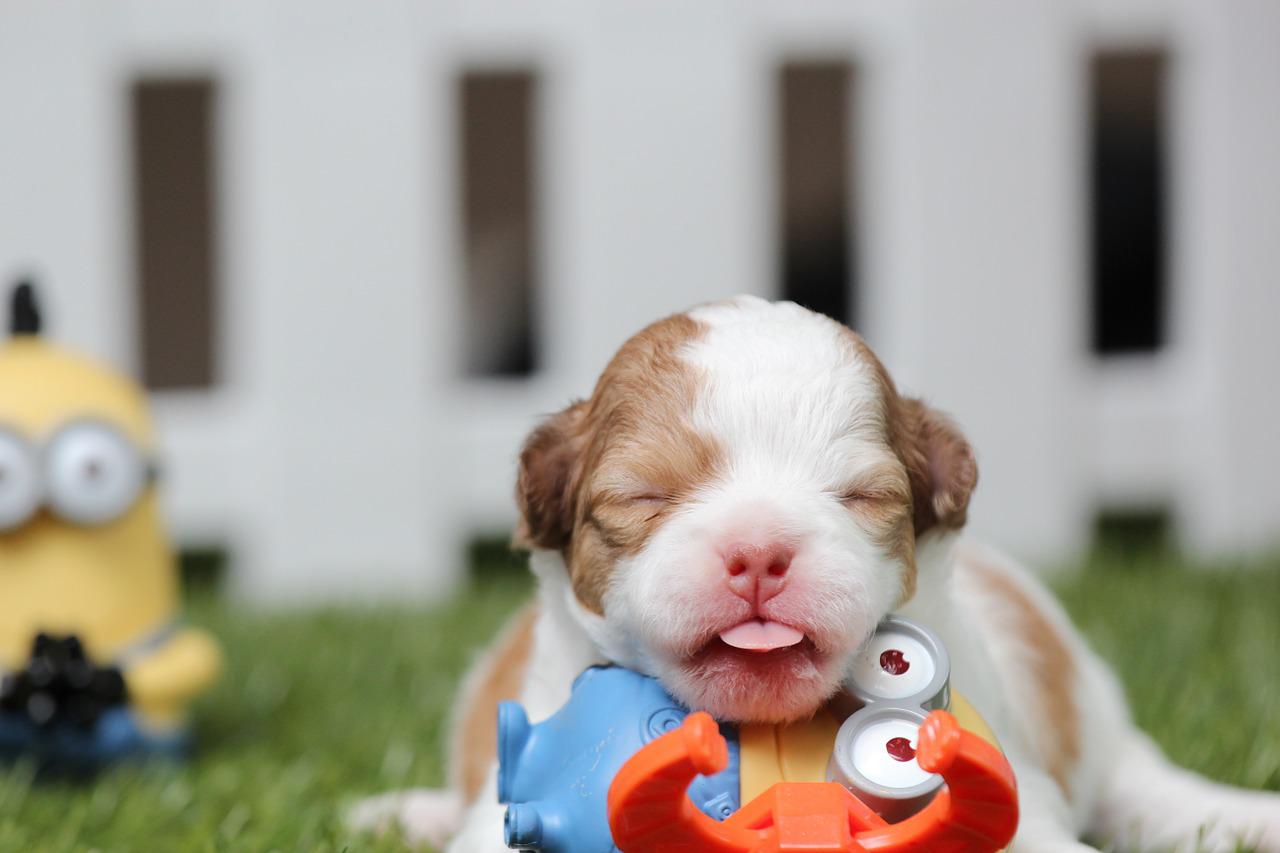